← ICYMI: TCA in the News
Restoration & Revitalization: 25 Years in the Making →

What is Earth Day?

According to the nonprofit organization Earth Day Network, the first Earth Day celebrations took place at 2,000 colleges and universities across the U.S. and 20 million Americans participated. Inspired by an oil spill off the coast of Santa Barbara in 1969, the intent of Earth Day is to promote change in human behavior and provoke policy changes to protect the Earth our future generations will inherit.

Nearly half a century later, more than one billion people celebrate Earth Day throughout the world. Various events are held to demonstrate support for environmental protection.

How do The Toll Roads celebrate Earth Day? For more than a quarter century, the Transportation Corridor Agencies (TCA) has been a leading agency in environmental stewardship, restoration and preservation. TCA has replanted native vegetation and restored habitats for threatened species at 17 sites throughout Orange County; resulting in more than 2,100 acres of habitat set aside for native animals to continue thrive as Orange County grows. 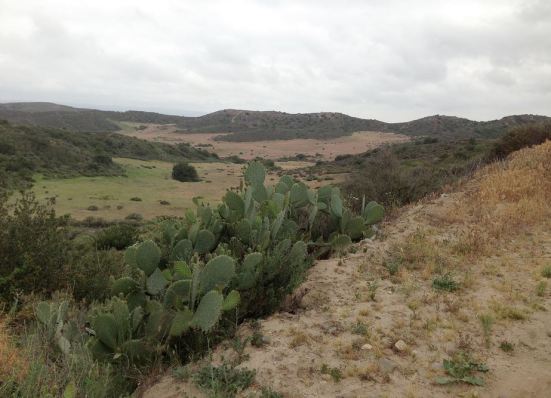 And this year, we’re celebrating Earth Day by providing exclusive access to the Upper Chiquita Canyon Conservation Area to nearly 40 Plein Air artists from SOCALPAPA. In French, “plein air” means “open air” or “outside” and the picturesque Upper Chiquita Canyon is a painter’s delight. We’re thrilled to open a pristine outdoor setting that is rarely open to the public, located near the south end of the 241 Toll Road in Rancho Santa Margarita.

Fun Fact – Earth Day Network has announced their ambitious plan to plant 7.8 billion trees by Earth Day’s 50th Anniversary in 2020. They report “trees are essential tools in the fight for a cleaner, sustainable environment and in one year, a single acre of mature trees absorbs the same amount of carbon dioxide produced by driving the average consumer car 26,000 miles.”

Read on to learn more fun Earth Day facts and stay tuned to see how we prepare for this unique special event.

← ICYMI: TCA in the News
Restoration & Revitalization: 25 Years in the Making →